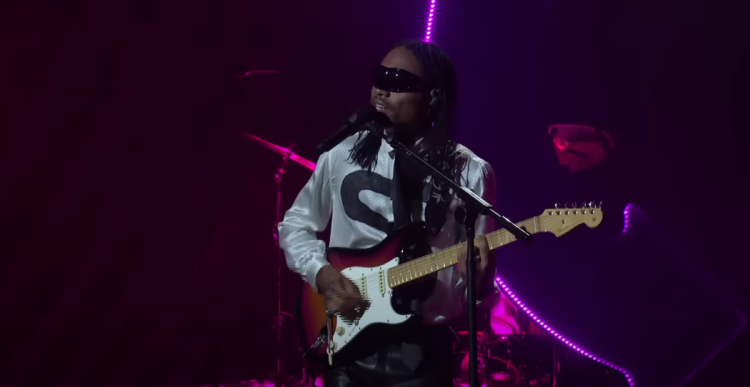 Steve Lacy made his debut on Saturday Night Live as its musical guest last weekend.

Dressed in identical clothes from a press photo, the genre-bending artist performed his hit single “Bad Habit” and “Helmet.”

Both songs are lifted from his sophomore album, Gemini Rights, which released July 15 via RCA Records.

The 10-song set, a follow-up to 2019’s Apollo XXI, includes features from Fousheé and his Internet bandmate Matt Martians.

“It’s a story that is very fluid [and] very fun. To me, the subject matter could be sad if you look at it that way, but I feel like it is way more hopeful — and that’s the story: finding happiness. I’m finding myself after a heartbreak,” Lacy explained to Grammy.com about the new album.

Additionally, the album opened at No. 7 on the Billboard 200, selling 34,000 equivalent units in the first week.

Lacy racked up recognition, notably for “Bad Habit” on the Billboard Hot 100. It peaked at No. 1 during the week of Oct. 8, dethroning Harry Styles’ smash single “As It Was.”

“Bad Habit” earned Lacy many firsts on the Hot 100, including his first chart-topper. He became the third male artist this year to reign without accompaniment.

Meanwhile, he’s the first male R&B-centric artist to crown the pole position as a lone artist since The Weeknd’s “Blinding Lights” in April 2020.

Currently, on his headlining Give You The World Tour, Lacy is headed into award season with tons of nominations. He received a Best New Artist nod at the 2022 American Music Awards and the 2022 Soul Train Awards.

Additionally, Lacy is nominated for The New Artist of 2022 at the 2022 People’s Choice Awards.

Steve Lacy perform “Helmet” and “Bad Habit” on SNL below. 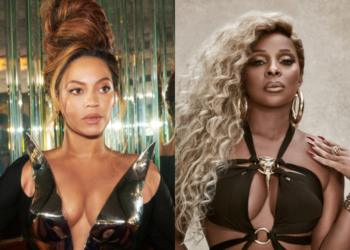