From Songwriter to Artist: India Shawn Talks Her Journey, New Music and More 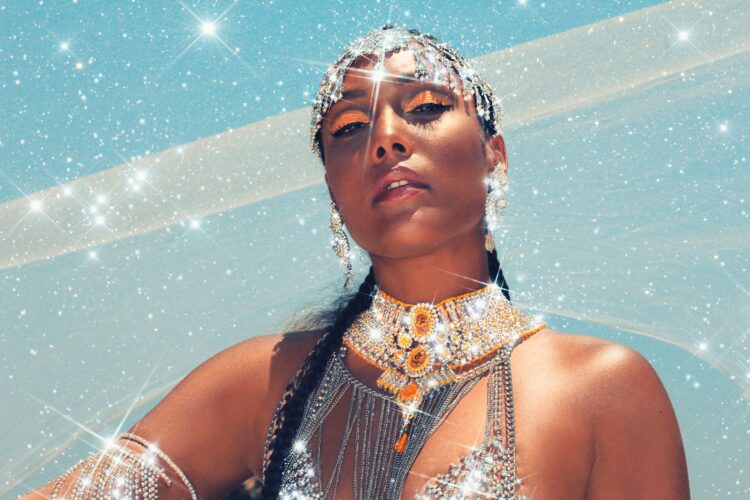 When it comes to creating music, there are a number of things to factor in. The incredible artist who incorporates their essence to bring the song to life. The dope production to captivate you and the creative, as well as the vivid songwriter to craft memorable lyrics and melodies. While fans usually only give praise to the artist, it’s the team behind the artist that also deserves recognition.

Meet India Shawn, a talented member of the music industry’s vast village. Hailing from Los Angeles by way of Atlanta, Shawn has lent her pen to the likes of Usher, Justine Skye and Monica, to name a few. While she’s written on platinum-selling and Grammy-nominated albums, her desire to sing her own experiences continued to grow while landing major placements.

Making the choice to step out on her own with her debut project ORIGIN in 2012, it became clear to Shawn that she needed to carve her own lane.

“I know that I really wanted to do something really meaningful,” Shawn recalls to Rated R&B about the creative process of ORIGIN. “The writing stint, for me, had pulled me so much out of my character because I was working with people whose character didn’t really align with mine. That’s just a part of songwriting, you’re servicing an artist; you have to give them what they want and what they like and what they do. There’s a level of having to adapt to their sound.”

Now, from working with your favorite songwriter’s songwriter to touring most of 2019 with musician Anderson .Paak, she is more than ready and capable of telling the world what she has to say.

In our conversation with the Epic Records signee, she discusses her transition from a songwriter to an artist. She also shares intimate stories about her decade-long existence in the music industry, how she feels about her previous projects and her new music.

For many, your music is very profound and captivating. It’s something one can genuinely feel beyond the surface. What is the overall message or experience you want to put across to your listeners through your music?

The overall message would be to be honest with yourself, no matter what that looks like. I used to strive for this perfectionist-like persona but I guess that’s not reality. I think with my music and moving forward, I just want them to feel the authenticity in it.

“Not Too Deep” featuring 6LACK is your new single. It feels hopeful, like you want to take a chance. One thing I think listeners will likely connect with is how realistic the lyrics are. Like in the second verse when you sing, “Cause nothing stays the same, we’re going to change over time.” Can you share how the song came together?

This particular one I liked him so much but at the time, I had just gotten out of a long-term relationship so it was like, “Man, I’m really intrigued with this guy and we have fun and it’s cool. Maybe we could freeze time right here in that feel good, honeymoon phase.”

What was the songwriting experience like co-writing “Not Too Deep” with Varren Wade?

Varren is like my bro, so it’s like just me reading my diary aloud. We have to be on the same page. Not literally, but that’s what it feels like. A bottle of wine is what I like in my sessions and you know, just get comfortable. D’Mile literally just plays, picks up any instrument like the keys or the bass and starts playing around and I always love what he does. And then, we’ll start humming melodies and that’s just kind of how that one came together. It’s a very organic collaboration with Varren and I and that’s why I like to write with him because we just bounce ideas off each other until we get a line that we’re both satisfied with.

You’ve previously worked with 6LACK prior to the new single. What was it like reconnecting again but for your own music?

6LACK and I go way back to Atlanta. I feel like all the kids in Atlanta that came up together, Earthgang, Mereba, J.I.D. and 6LACK, of course, we just call on each other when we need each other. When I made the song, I just heard him on it, like he would kill this. I sent it to him and he didn’t even think twice. I just felt grateful because obviously, he’s a megastar now and I’m at this place… [that] feels like the beginning. I’ve been doing this for what feels like forever, like I’m kind of at square one so I just felt so grateful that he did that for me.

“Cali Love” is another track that has a comforting and familiar feel to it. I love the cultural references; the beach, the green, the slight nod to Tony! Toni! Tone! in the verses. What was the inspiration behind that song?

I had just come back to Los Angeles from Atlanta, I was in Atlanta for ten years or so. So I’m back here as an adult, as a grown woman and I’m trying to maneuver these dating waters and it’s just not working out for me! (laughs) California is like this paradise, for me. I love it. You got the beaches, the desert, you can do so much and get the city life but for some reason, dating just sucks here and that’s kind of what I was trying to get across on that one.

What’s one important thing you’ve learned as a songwriter that helped you to transition into an artist?

I don’t know why my mind just goes to Chris Brown. When I was doing the writing stint, we worked with Chris a lot, and Chris was like a workaholic but not in a way that felt like he was doing it because he had to. It was like he was really having fun and honestly. I can say the same thing about Anderson .Paak. They just have fun, and I feel like that is a big piece of the studio aspect, but also taking that and being on stage and just having to embody the whole artist’s life.

Earlier this week, Dawn Richard posted a video montage on Instagram of tracks from Last Train to Paris, which included the song you wrote called “Your Love,” with the caption, “An incredible time in music.” Please share anything you remember from that session and how you felt being a part of the album.

Now, that brings me back. I’m glad that you actually said that because I forgot all about that session. Dawn, ‎Kalenna and I were already cool and loved each other. They actually weren’t there at the initial session but Diddy was there and that was my first time meeting Diddy, which was crazy. He was so cool and literally, one of the funniest people ever! [He’s] another person that just brings the highest energy and is just having fun in the sessions. I was just so star-struck that I couldn’t really be fully present but that was definitely a highlight. Then the girls came in, I think a couple of days later, we sang the vocals and things like that and added some parts. That was a really cool situation.

Your last project was the collaborative EP Outer Limits with  James Fauntleroy. Where did the idea of the EP come from?

James and I were friends from MySpace days. We always had talked about collaborating but it didn’t happen until many years later. We did that entire project in less than seven days. It’s crazy because he was trying his hand at production for the first time but he was making these skeleton tracks and then he had 1500 or Nothin’ play them out. That was another moment of me just like, watching James work. It’s almost hard to collab with him because he’s such a genius. He will just go in the booth and can literally freestyle a song in five minutes and it makes sense; and it’s deep too. So, the Outer Limits project, I felt was just a reflection of the experimentation. We didn’t have any outline or idea or even intention, other than to make good music.

ORIGIN is your first official project. What does it mean to you today as an artist?

ORIGIN is so special to me. That’s my baby. I feel like it’s still in a sense some of my favorite work to date because it was so pure. In some ways, I’m trying to get back to the freedom I was in when I made the project because I wasn’t making that for popularity. I was tired of writing and chasing placements and I went home to Atlanta and my boyfriend produced this album for me and I wrote the project. I felt like I had a different level of confidence because I was doing it for me and not necessarily for other people. I’m always going to love and appreciate ORIGIN.

Outer Limits and ORIGIN are, for the most part, two completely different sonic energies. How have you grown from each project?

I think I’ve definitely grown vocally from just singing a lot. Even after or during those projects, I never stopped singing and doing background work, so I think I just strengthened my vocals and those go-to tools in the studio. Additionally, I’m working with my dream producer now, D’Mile and just honing in on the sound. I feel like those projects were amazing in their own right but this project is probably the most soulful. Those were kind of pop, in a sense. Even ORIGIN had like indie, folk vibes on it too. This project is an R&B, soul record, for sure.

What else can you share with us about the new music you’re working on? Any other people you’re allowed to say that you worked with on this forthcoming project?

The project is pretty much finished and it’s just a range of my experiences being back here (in L.A). as a woman, navigating womanhood, making terrible decisions and having to face myself with that. But, there’s also really empowering songs.

I just got a verse from Anderson [.Paak]. Now, whether or not he’s going to let me clear it… (laughs). Between 6LACK and him, I’m not sure if you’re familiar with Unknown Mortal Orchestra but I flipped some of their production and they’re allowing me to use their name as a feature on that particular song. It’s such a range but these are the people that I’m inspired by, all three of them are sick. We were looking at getting a Lucky Daye feature but honestly, I’m not so wrapped up on having features on the album. I think the songs can stand alone, they’re already strong songs. 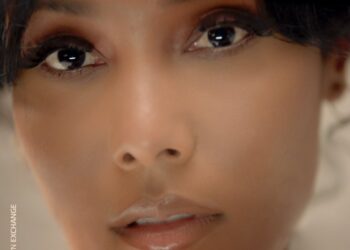 India Shawn's imagination runs wild on her new song "Exchange," co-written and co-produced by Oscar and Grammy winner D'Mile. The...