Queen Naija isn’t letting up on the promo for her debut album Missunderstood. As the countdown for its October 30 release date continues to excite fans, the R&B sensation hops in the booth for the music video for the current single “Lie to Me” featuring Lil Durk.

Filmed by the sought-after Teyana “Spike Tee” Taylor, the clip begins with Durk at his home, with baddies in every direction, writing lyrics in a notepad. He gets a call from his studio associate who plugs on an aspiring artist that is looking to have a session with him. Naija happens to be the budding talent.

Naija is seen in trendy hip-hop fashions in various scenes, from her bedroom to the front porch of her home, where she spots kids getting ice cream to dudes selling sneakers out of their trunk. She also spots Durk flirting with some more groupies before they hit the lab to record the no-strings attached track from her long-awaited debut record.

“Lie To Me” is one of the 18 songs to appear on Missunderstood. It will also include the sampled “Pack Lite” and the latest radio single “Butterflies Pt. 2.” The former recently got a second music video, while the latter track is currently in the top 10 on the Billboard Adult R&B Airplay chart and urban adult contemporary radio.

Watch the video for “Lie to Me” above. 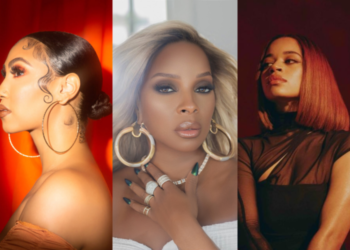