It was written by Jason Mater, Jordan Powers, and Darren Criss. 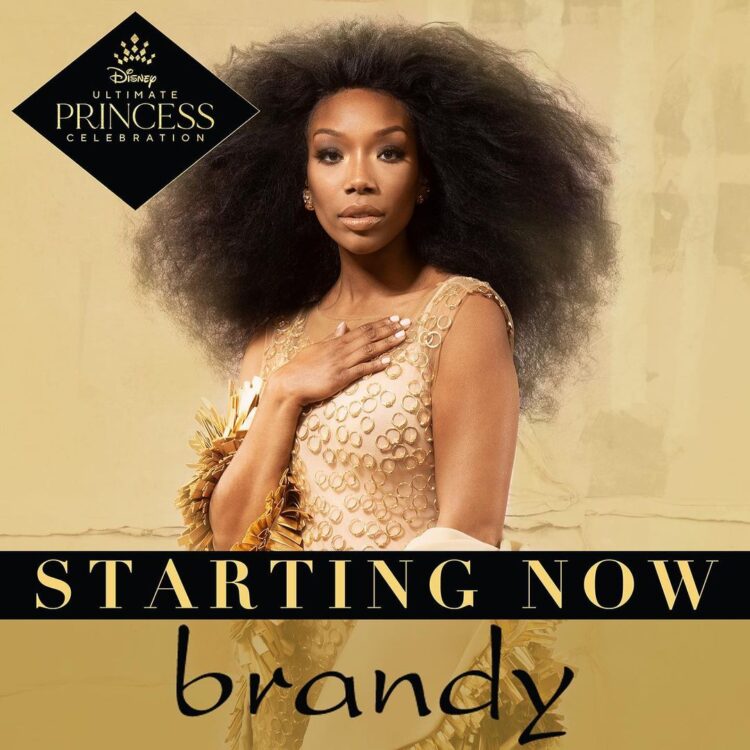 The clock strikes upon the hour, and Brandy is still the most dazzling princess of the ball. To celebrate her everlasting supreme status, the music legend has shared “Starting Now,” the theme song to Disney’s 2021 Ultimate Princess Celebration.

The uplifting song, produced by Warren “Oak” Felder, finds Brandy singing triumphantly over a tribal EDM beat about rising up like a phoenix with a renewed vision and purpose about her destiny she rightfully deserves.

“Starting now / There’s no room left for wondering / Got a new vision of yourself / And she’s who you wanna be,” Brandy sings.

Outside of her Disney fairytale, Brandy is heading to ABC for the new hip-hop drama Queens. The once-pilot now anticipated series was announced, with an explosive trailer, that it would soon be part of the network’s lineup. Brandy stars as Naomi in Queens.

In December 2020, Brandy’s most recent album, b7, was named the best R&B album of that same year by Rated R&B.