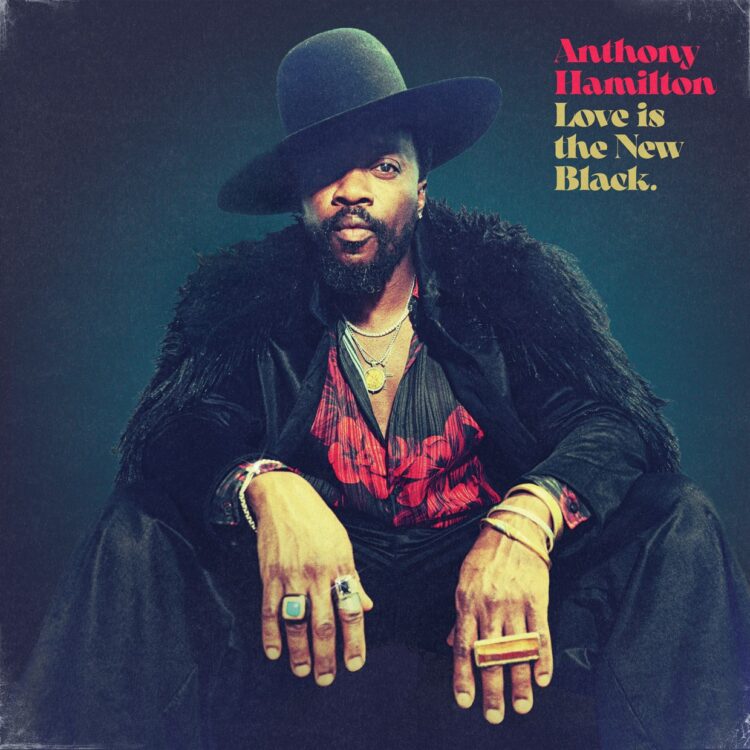 If you’re craving for some good ole soul music, Anthony Hamilton’s new album Love Is The New Black will stick to your ribs.

Hamilton described the 14-track record and his first since 2016’s What I’m Feelin’ as a form of healing following the ongoing pandemic. “We’re making this thing called life, sexy, beautiful, and powerful again,” he said in a statement.

The Grammy-nominated vocalist carries out his mission with assistance from Rick Ross, Lil Jon, and Jennifer Hudson. The latter diva, who is in the running for EGOT status, guest stars on a quiet storm remake of “Superstar,” a song popularized by the Carpenters in 1971 and later by Luther Vandross in 1983.

“I’m Ready” is an act of nostalgia, blending the charismatic energy from the crunk era, courtesy of Lil Jon and Hamilton’s mature take on his sexual aspirations.

On “Threw It All Away,” it resembles Marvin Gaye’s trademark taste in soul in its framework. Lyrically, he explains why he’s had enough of a draining relationship.

Love Is The New Black includes a handful of early tracks released in the past year, including the Cardiak & Wu10-produced title track, his top 10 R&B single “You Made a Fool of Me,” and the harrowing anthem “Mercy” featuring Tamika D. Mallory.