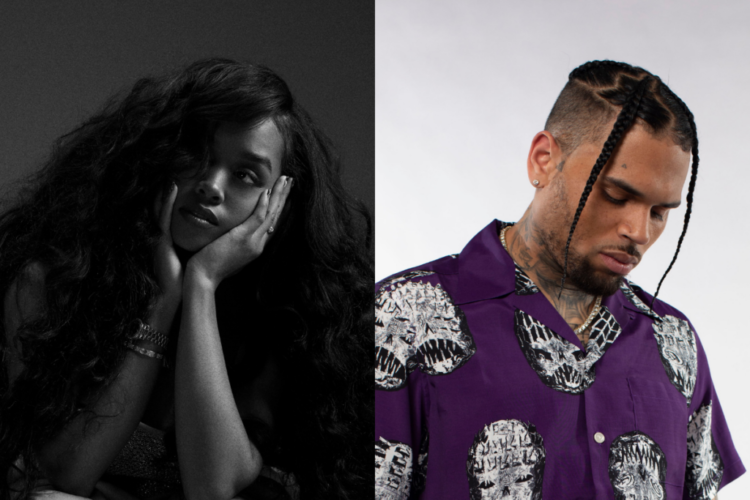 This week, H.E.R. and Chris Brown have nudged their way into the top 10 on Billboard Adult R&B Airplay chart. “Come Through,” their newly-gold certified single, moves up one slot to enter at No. 10.

The song, produced by Mike WiLL Made-It, Cardiak, and Wu10, marks her third appearance in the top 10 this year and eighth overall. Earlier this year, she reached the summit with “Gotta Move On” with living legend Toni Braxton and “Damage,” an urban radio smash and platinum-selling single.

H.E.R. began her chart run on the Adult R&B Airplay front with “Focus,” which ascended to the top position in October 2018. Five more chart-toppers followed.

This marks Brown’s fifth top 10 single here and first since last year’s Young Thug-featured “Go Crazy,” a number one hit. In January, he peaked for the first time with “No Guidance” featuring Drake. It stayed atop the chart for 11 weeks.

As she waits for her recent RIAA certifications to come in the mail, H.E.R. is out on tour supporting her number-one album Back of My Mind. The gold seller includes “Find A Way,” featuring Lil Baby and “We Made It.” Lil Durk remixed the former track last month.

H.E.R. recently teamed up with Kane Brown for the single “Blessed & Free.” The collaboration arrived before the megastar postponed her Lights On Festival in Brooklyn to 2022.

Meanwhile, Brown measures wall space for his 27 new honors from RIAA. He hopped on Ann Marie’s Hate Love deluxe for the song “Check for Me.”