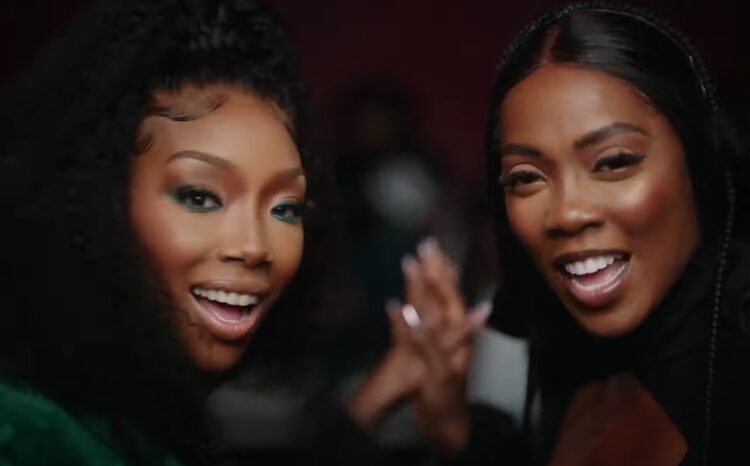 Tiwa Savage’s most recent project, Water & Garri, featured contributions from various artists, including one of her inspirations: Brandy. The two came together in the melanin-packed video for “Somebody’s Son.”

The Meji Alabi-directed video starts with Savage, clad in sheer gold attire, striking commanding poses while a Black king respectfully sizes her up.

Brandy sounds off her verse as she gets her flowing hair braided by Savage. She’s embraced by a smiling, chestnut gentleman, as well. The two later assemble again for a joint scene where they share glamour and performance shots.

Earlier this fall, Brandy was named one of the new voices to perform “For My Girls,” The View’s latest theme song. Nicole Scherzinger appears on the Diane Warren-penned track as well.

ABC’s Queens, which stars Brandy, premieres on Tuesday, October 19, at 10 p.m. EST. “Nasty Girl” is one of the many songs taken from the hip-hop drama starring Eve, Naturi Naughton, and Nadine Velazquez, who all are voiced on the bass-heavy track.

In a recent interview with Rated R&B, Eric Bellinger talked about his studio experience with Brandy. They connected for the track “Euphoric,” which is from his first proper album New Light.

Brandy’s last album, b7, came out last summer and was named the best R&B album of 2020 by Rated R&B.