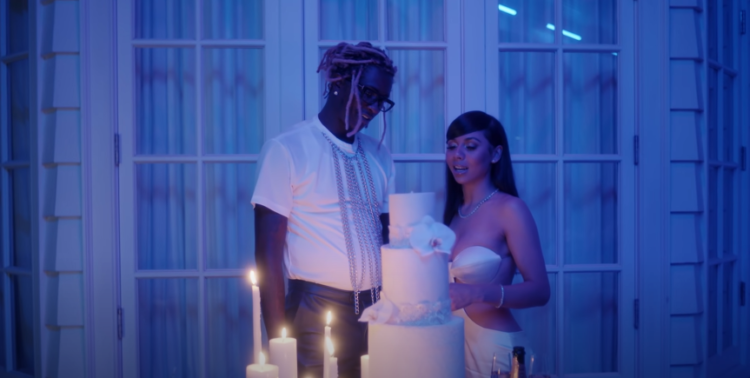 Mariah the Scientist has wed Young Thug in the official video for their joint track “Walked In.”

The self-directed visual begins with the two joined at a decorative dinner table alongside their wedding party, as rapper Gunna toasts to their future.

It follows the narrative of the lyrics, tracing from meeting one night at the strip club to joining in holy matrimony.

Watch Mariah the Scientist’s video for “Walked In” featuring Young Thug below.