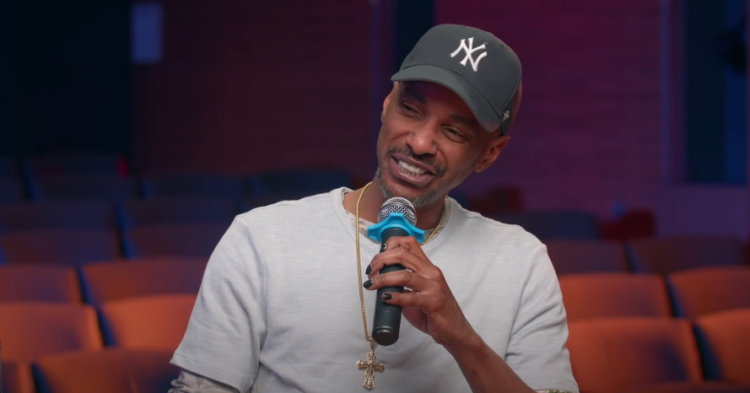 R&B fixture Tevin Campbell has been hot on the promotional trail following his acceptance of the R&B Icon Award at the 2022 Black Music Honors in June.

During a recent interview on the State of Black Music podcast featuring hosts Louis York (Claude Kelly and Chuck Harmony), Phil Thornton and Tamone Bacon, he shared that he would like to collaborate with Mary J. Blige.

Campbell revealed his hopes to work with the Queen of Hip-Hop Soul when acclaimed musician Chuck Harmony brought up their 2021 chat with Blige about doing a jazz album.

In November 2021, Blige shared her appreciation for Campbell’s heartfelt songs when asked by Watch What Happens Live host Andy Cohen to share her favorite romantic song. She responded with “Alone [With You],” from his 1991 debut album T.E.V.I.N.

“I love Beyoncé’s voice. I think she has a beautiful voice, and I don’t think we hear enough of it. I think she needs to [an] ‘I Will Always Love You’ type of song and just put it out,” shared Campbell.

Campbell declared Sullivan as his first choice for a duet partner. “She’s an amazing songwriter,” he said. “She expresses herself through her art, and that inspired me.”

Campbell is in the studio working on new music, a lot of which he self-wrote with other seemingly emerging talents. He announced that Babyface is penning him a song. He also plans to have Louis York contribute to his forthcoming material.

Throughout the interview, Campbell dropped other gems, including why he believes record companies will be obsolete in the future, his reason for declining to participate in TV One’s Unsung and more.

Campbell hasn’t released a full-length album in 23 years, with his last being his self-titled album in 1999. It was preceded by the funky single “Another Way,” which peaked at No. 25 on Billboard’s Hot R&B/Hip-Hop Songs chart.

Watch Tevin Campbell’s full interview on the State of Black Music podcast below.