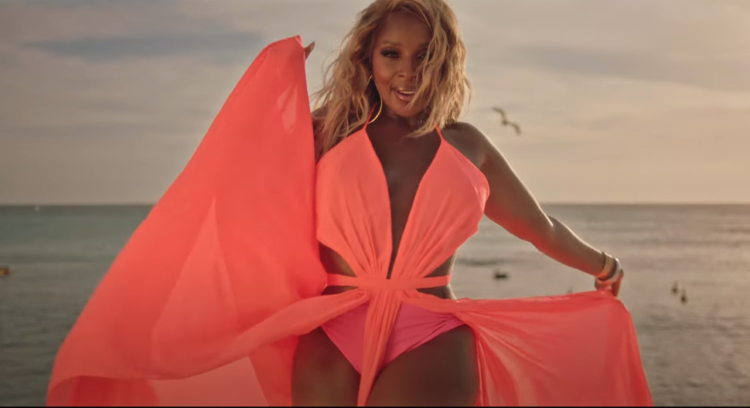 Mary J. Blige does not take a break. After accepting her sixth BET Award last Sunday, the iconic singer has unveiled a summer-ready video for “Come See About Me (Remix)” featuring Fabolous. The song appears on the deluxe edition of Good Morning Gorgeous.

In the “Come See About Me (Remix)” video, Fab starts with his verse on the scene on a beach. Blige follows and gives nothing but legs, hips, and body, as she cozies up with a young stallion. Her Sun Goddess wine collection also makes an appearance.

Blige recently announced an intimate concert, which is set to premiere on July 27, exclusively on Apple Music. The performance leads to the milestone release of her iconic debut album, What’s the 411?, which celebrates its 30th anniversary two days later. She’ll also revisit songs from other classic albums, such as My Life and Share My World.

Blige not only won another BET HER Award for “Good Morning Gorgeous” but also performed “I’m Goin Down” as part of Sean “Diddy” Combs’ Lifetime Achievement Award celebration. Other performances from Blige this month included her much-talk-about set at the Roots Picnic and at the TIME100 Gala.

In May, Blige was recognized for an extraordinary career and year at the 2022 Billboard Music Awards, the 2022 Clio Music Awards, and TIME. The latter featured her as one of the world’s most influential people of 2022.

Blige debuted a visualizer for her “Here With Me” collaboration with .Paak earlier month. It is the current radio single from the album.

The expanded Good Morning Gorgeous edition arrived in May. It included several new songs such as “Gone Forever” with Remy Ma. Other guest appearances include Moneybagg Yo, H.E.R., Ne-Yo, Jadakiss and Griselda. 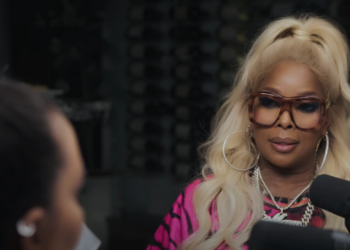