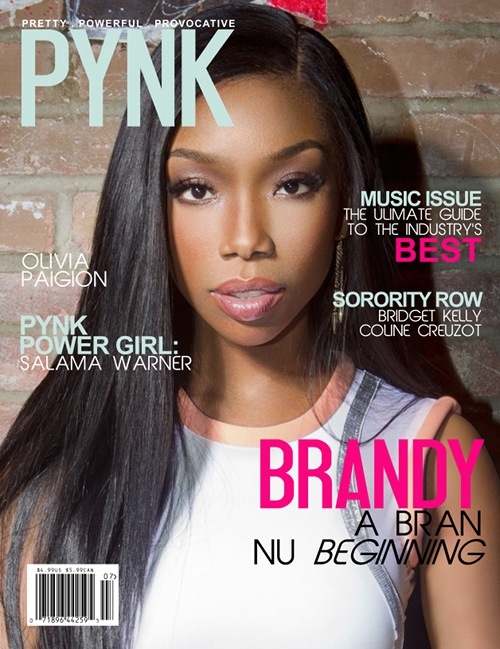 R&B veteran Brandy graces the latest cover of PYNK Magazine. In her cover story, Brandy talks about her influence on other singers, album sales,  returning to BET’s The Game, her recent engagement, and more.

Read excerpts from Brandy’s interview with PYNK Magazine below:

On being a musical influence:

“Sometimes I agree with it because I know there are a lot of talented people that have shown me a lot of love on top of my fans really expressing their love for me. Sometimes I think your ego gets in the way because you know you want everybody to feel that way about you. You want to get the credit. You want to get the props but I try not to live in that space because I know it’s ego. I’m just happy with being me. I’m happy with being able to be so connected in my being that I’m able to express that in my music. There are so many people who get the credit but they’re not really connected to their music. I would take the honesty and the connection with my music over the credit any day…but both would be nice! [laughs]”

“I feel like my hard work paid off because my fans love the album. Of course, I would’ve wanted the album to reach more people but I just feel blessed to be able to do what I love. Sales chart positions and all of those things don’t really define me…I define me.”

On returning to The Game:

“This season you’ll see Chardonnay find her place in this new football world. She’s transitioning into being Jason Pitts’ wife but still trying to balance maintaining her identity. You get to see her develop this friendship with Tasha Mack and also more of the dynamics of her relationship with Jason. What they have is true love. She’s not into him for his money.”

On meeting her fiancé:

“He’s a music executive. So, we actually met in the studio a long time ago. We reconnected at a music event sometime later and when we talked, it just felt like I knew him. Then I would just run into him in random places in New York…I’d walk into a restaurant for lunch and he’d be there. I ended up running to him at another event and he kept staring at me the whole night. It made me so uncomfortable because I thought he was married. So, I told him that he should stop staring at me because he’s married and it’s not a good look. He was like ‘what are you talking about? I’m not married.’ [laughs] From there, we just started talking on the phone. Then, dating. When he told me he was relocating to LA for his job, I just thought to myself, ‘he’s going to be my husband’. I took that as a sign.”

Be sure to pick up your copy of PYNK Magazine on April 30. 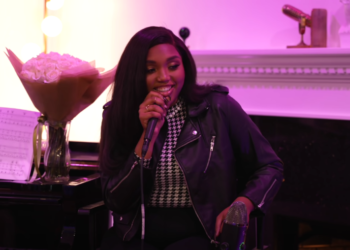 Like mother, like daughter. Sy’Rai, the daughter of Vocal Bible Brandy, has plucked from her mother’s rich catalog and performed a...