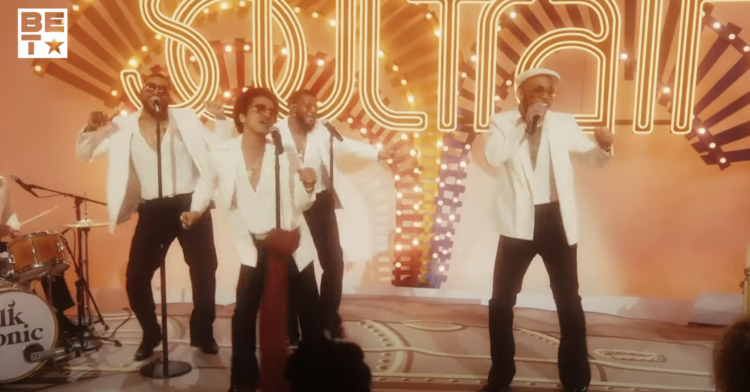 Silk Sonic, the duo composed of Bruno Mars and Anderson .Paak, opened up the 2021 Soul Train Awards on Sunday night with “Fly As Me.”

Backed by a live band and two background singers, Silk Sonic delivered a memorable first-time performance of the confidence-boosting anthem.

“Fly As Me,” which includes additional writing credit from James Fauntleroy and Big Sean, is lifted from Silk Sonic’s debut album, An Evening With Silk Sonic.

Silk Sonic’s performance at the Soul Train Awards comes a week after their opening number at the 2021 American Music Awards. They performed their new fan-favorite hit “Smokin Out The Window,” which debuted at No. 5 on the Billboard Hot 100.

Watch Silk Sonic’s “Fly As Me” performance below.