Mariah Carey has shared the official video for “The Roof (When I Feel the Need)” featuring Brandy.

The video features the two music icons at Carey’s at-home studio, working intimately with each other to reimagine the fan favorite from 1997’s Butterfly album.

When the two aren’t on the couch, feeding off one another’s incredible energy, a hooded Carey makes herself cozy in the booth, recording it in comfy ways. Intercuts capture an ecstatic Brandy looking on at Carey for instruction to nail her vocal moments.

In a January interview with Rated R&B, Brandy exclusively shared what it was like to record with Carey.

“I can tell you the experience was so beautiful. She’s breathtaking, number one. She has a beautiful soul,” Brandy told Rated R&B. “When I was in the booth, doing whatever she wanted me to do, it was just beautiful to be coached by her. I loved working with her. That was a dream come true.”

“I will never forget the day I released this album to the world,” Carey shared on Instagram.

“I had never felt more exposed and vulnerable yet free and euphoric at the same time. It was a true EMANCIPATION (no pun intended!) of my spirit, soul and innermost feelings which I poured into every lyric and every note on every song.”

She concluded, “25 years (😳) later and it’s still one of the proudest moments of my life and career. I hope you enjoy reliving this journey with me.”

As part of the Butterfly campaign, Carey partnered with Chopard to launch a new diamond jewelry collection dubbed Happy Butterfly.

“Introducing: Happy Butterfly by Chopard x Mariah Carey 🦋 I’m so grateful to Caroline Scheufele for her boundless creativity and bringing this collection to life,” said Carey. “I never thought this metaphor that has become synonymous with me could be immortalized in such a beautiful, and delicate way.”

As for Brandy, the Vocal Bible joined forces with Stella Rosa® to launch their newest product, Stella Rosa® Brandy. She’ll be hosting a launch party on Nov. 10 in Los Angeles, California.

Aside from working on her upcoming eighth studio album for Motown Records, Brandy is gearing up for her Audible Words + Music installment, A New Moon. It debuts on Dec. 2.

She also is booked in the acting world, claiming roles in a psychological thriller, The Front Room, and Netflix’s holiday film Best. Christmas. Ever.

Watch Mariah Carey and Brandy’s video for “The Roof (When I Feel the Need” below. 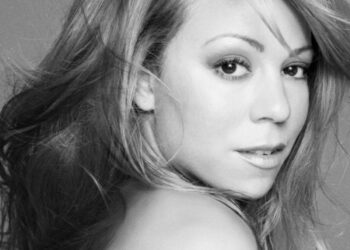