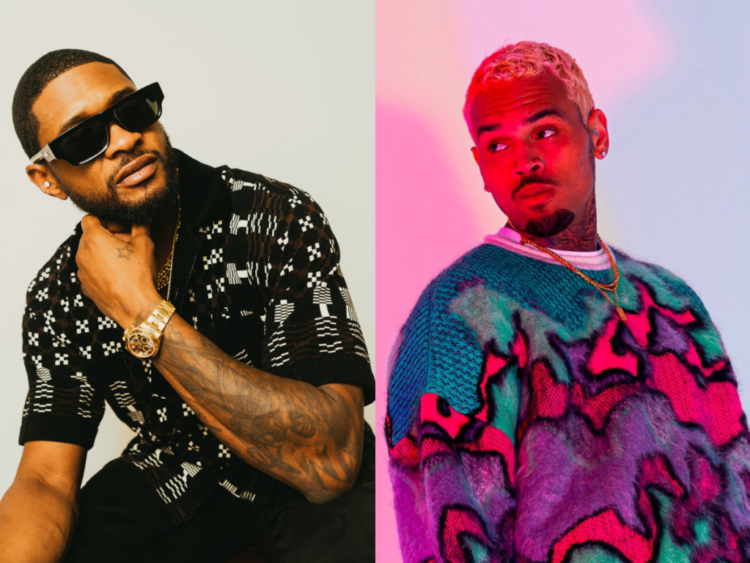 After taking his scheduled month-long break from his Las Vegas residency, Usher returned on Oct. 14, which is also his birthday. The night was filled with special moments, including a “Happy Birthday” serenade from Anita Baker.

During his show, Usher brought out Chris Brown as a special guest to perform a few songs, including “Back to Sleep (Remix),” “Under the Influence” and “Heat.” “Under the Influence,” which was recently certified platinum by the RIAA, is No. 23 on the Billboard Hot 100 chart at the time of publication.

Before Brown closed with “Heat,” which Usher said was one of his favorites, he took a moment to give Brown his flowers.

“I love you. You a great. You’re a legend. We love you and we gon’ continue to keep lifting you up,” said Usher. Brown then asked for a hug and the two embraced each other in front of the sold-out crowd.

If you’re active on Twitter, then chances are you have seen the repeated debates involving Usher and Brown — and who would ‘win’ a Verzuz, even though an actual winner is never declared because it’s a celebration. Some of Brown’s fans argued that he has the range in his catalog to qualify for a Verzuz with Usher. But then there are Usher fans who believe he has no competition.

In July, Usher brushed off the idea of doing a Verzuz in an interview with E! News.

“I don’t think y’all ready for nothing like that,” he said. But he didn’t totally count it out. “You might be ready for something like that on stage, maybe in the future. Stay tuned.”

A month prior, Brown addressed the possibility of doing a Verzuz with Usher during his conversation on the podcast Drink Champs.

“I would want to celebrate him in his light just as much as my stuff. I think it would be something good for the fans, but it would just have to make sense for both of us,” Brown told N.O.R.E.

Circling back to Usher, he will wrap up the current leg of his residency at Dolby Live at Park MGM on Oct. 29. He will return to Vegas in 2023, with shows lined up from March through July.

“Twenty-five years later, I get a chance to celebrate the maturing of this young man, this artist, this thing that represented this fearless thing that had no certainty,” Usher told Rated R&B in an interview. “It was no certainty in making the album that it would be a success or that people would listen to it or celebrate it 25 years from that day.”

In the same interview, Usher also shared his memories behind nearly every song from My Way.

As for Brown, he released his tenth album, Breezy, in late June and followed up with a deluxe edition in July.