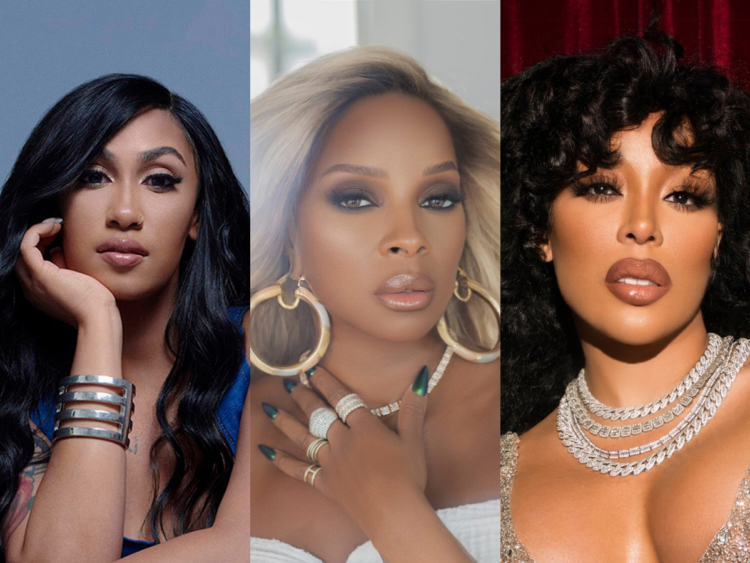 R&B icon Mary J. Blige has announced a special concert to bring in the new year.

Music from Blige’s latest album, Good Morning Gorgeous, will be part of the setlist, plus her most recognizable hits.

Blige landed six nominations at the 2023 Grammys, including Album of the Year (Good Morning Gorgeous [Deluxe]), her first as a lead artist.

She also earned nods for the title track, one in the general field (Record of the Year) and two in R&B categories (Best R&B Song and Best Traditional R&B Performance).

In July, K. Michelle earned her first No. 1 single on the R&B charts for “Scooch.” The love-crazed jam was produced by Lil Ronnie, a frequent collaborator.

“I wanted to do something different,” K. Michelle told Rated R&B about going with “Scooch” as the lead-off.

“I wasn’t doing any male-bashing. I wanted to start with something a little bit more bright or something you could dance to. It’s about to get warm. I want you to be able to go out and just do your thing when it comes to that.”

“Scooch” is the lead single from K. Michelle’s long-awaited album I’m The Problem, which she says will be final R&B-centric project.

“This album is super emotional, and I know that. All my albums are emotional but I think this one I’ve been accumulating so many records. I’ve been healing through this album,” K. Michelle explained.

K. Michelle also is recording a country album with contributions from Dolly Parton, Billy Ray Cyrus and Eric Paslay, to name a few.

She supported her Big Sean-assisted single “Hate Our Love,” which peaked at No. 1 on Billboard’s Adult R&B Airplay chart. It also was certified gold by the RIAA, with more than 500,000 equivalent units sold.

Queen Naija is working on her sophomore album, which will be released Capitol Records.

She recently appeared on Babyface’s new album, Girls Night Out.

Bringing the focus back to Blige’s next show, tickets for the Fifth Degree Tours II-presented concert can be purchased on ticketmaster.com.

Get your tickets for Blige’s show featuring K. Michelle and Queen Naija on ticketmaster.com.