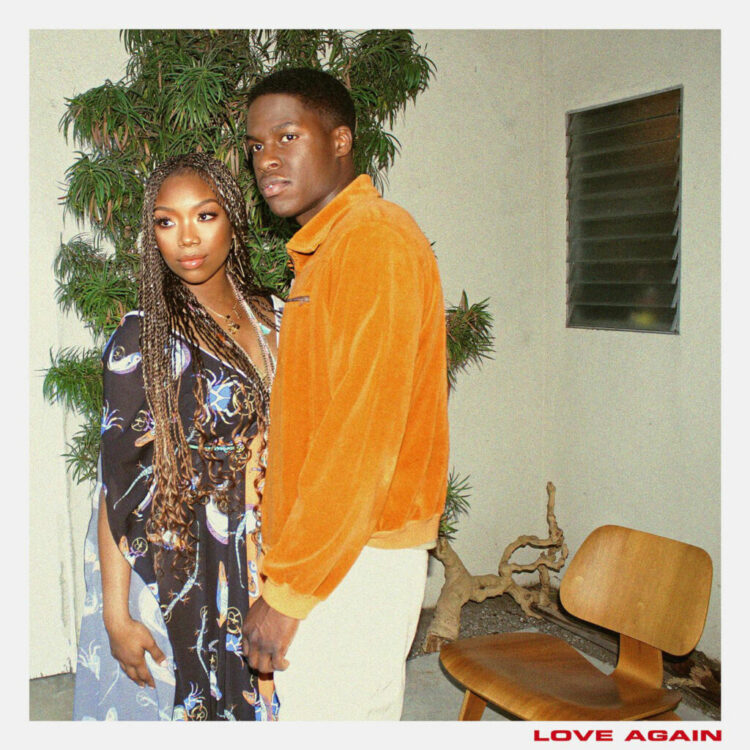 Brandy and Daniel Caesar’s 2019 duet “Love Again” has been certified gold by the Recording Industry Association of America (RIAA).

The lovesick anthem has sold more than 500,000 equivalent units since releasing on July 5, 2019, via Brand Nu, Inc./Entertainment One.

The Jordan Evans and Matthew Burnett-produced track was launched as the lead single for Brandy’s seventh album, b7.

“I’m very excited to return with new music, and to release this single with Daniel,” Brandy said at the time of the single’s release. “I’m working on my new album, and can’t wait to release it later this year. I’m thankful for God’s blessings and for the support of my fans!”

Four months after its release, “Love Again” reached No. 1 on the R&B Radio chart (formerly known as urban contemporary radio).

It also scored Brandy and Caesar a nomination at the 62nd Grammy Awards for Best R&B Performance. Anderson .Paak and Andre 3000 ended up taking home the award for “Come Home.”

“Love Again” also appeared on Caesar’s 2019 project, Case Study 01. “Cyanide,” which appears on the project, has also been certified gold by the RIAA.

Caesar’s new certifications add to his collection of RIAA awards from this year: “Best Part” with H.E.R. (6x multi-platinum); “Hold Me Down” (gold); “Who Hurt You?” (gold); “Get You” featuring Kali Uchis (4x multi-platinum); and Freudian (platinum).

Both Caesar and Brandy have signed new record deals since releasing “Love Again.” Caesar, who has always been independent, signed a major-label deal with Republic Records. In April, he released his “Please Do Not Lean” as the lead single from his upcoming third album.

“I felt like I was becoming a label executive and an artist at the same time. I wanted to keep artistry and business separate with a major label as my partner,” Caesar told Billboard. “I did as much as I could on my own and I experienced a lot as an independent artist. I wanted to feel the difference of having such a large machine behind me.”

As for Brandy, the Vocal Bible recently announced her partnership with Motown Records. It’s her first deal with a major label in a decade.

“Thank you God for a dream come true! I’m so excited to announce my partnership with @motownrecords and the incomparable @theethiopiandream. Thanks to my team and my beautiful fans for riding with me all these year,” Brandy wrote in an Instagram caption.

Ethiopia Habtemariam, Motown Records CEO/chairwoman, said, “Brandy is one of the most prolific voices in the history of music. Her contribution to R&B continues to influence newcomers and contemporaries around the world. We are ecstatic to welcome Brandy to the Motown family and eager to join her in making musical history.”

Brandy is currently working on her eighth studio album. In January, Brandy spoke to Rated R&B about being motivated to record new music, particularly after filming ABC’s Queens. She also promised that there won’t be a long delay before her next album arrives.

“All the music I’ve done on Queens, being able to do music in the studio consistently, it’s inspired me to want to get back, right after Queens, to do my own music,” Brandy told Rated R&B. “It’s not going to be no eight-year wait next time. I’m too inspired and too on fire in my spirit. I can’t wait.”

Aside from music, Brandy is focused on her acting career. It was recently announced that she will star in the upcoming psychological thriller, The Front Room.

“God you’re Awesome!!!! I trust you with my entire life. Thank you for this amazing opportunity to work with this unbelievable cast, crew, and the studio everyone wants to work with and of course my Eggers fam🤞🏾♠️,” Brandy wrote on Instagram.