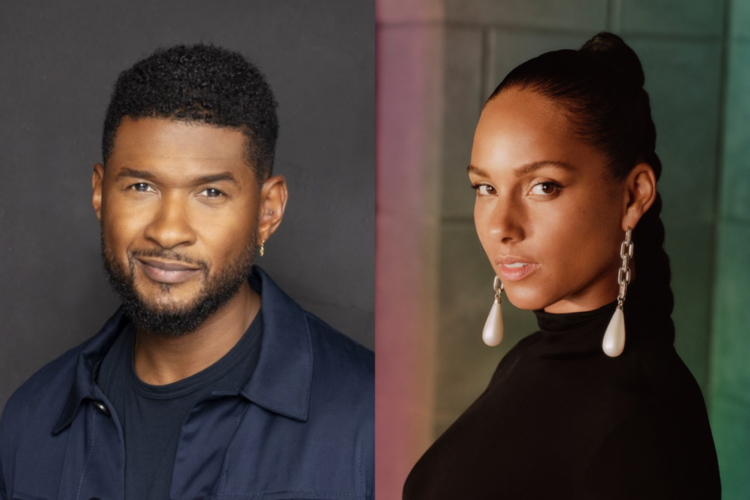 Usher and Alicia Keys found a unique way to celebrate the 18th anniversary of their hit duet, “My Boo.”

On the single’s anniversary date (Aug. 29), Keys launched an open verse challenge for the song. Keys, stationed behind her MPC drum machine at soundcheck, said, “The ‘My Boo’ anniversary is here, and I know how much y’all love this song, so I need y’all to duet with me.” Keys played the instrumental, allowing fans to sing Usher’s part as she sang hers.

A few days later (Sept. 4), Usher participated in the challenge live during his residency show in Las Vegas, Nevada. Usher performed his parts with a packed crowd behind him, who also joined in to sing. “Had a little help with my #MyBoo duet with @aliciakeys last night,” Usher tweeted.

“My Boo,” produced by Jermaine Dupri and Manuel Seal, was the fourth single from Usher’s groundbreaking fourth album, Confessions.

In 2005, Usher and Keys won a Grammy for Best R&B Performance by Duo or Group With Vocals at the 47th ceremony.

(Usher also won Best Contemporary R&B Album for Confessions and Best Rap/Sung Collaboration for “Yeah!” at the same show. Keys also took home three other awards: Best Female R&B Vocal Performance for “If I Ain’t Got You”; Best R&B Song for “You Don’t Know My Name” and Best R&B Album for The Diary of Alicia Keys.)

“Yeah!” featuring Lil Jon and Ludacris, “Confessions, Pt. II” and “Burn” were released ahead of “My Boo.” Like the latter track, they each peaked at No. 1 on the Hot 100:

The singles above all spent at least 25 total weeks on the Hot 100 chart, with “Yeah!” holding on the longest (45 weeks).

Confessions was released on March 23, 2004, and debuted at No. 1 on the Billboard 200 chart. It spent nine weeks in the lead position.

At the time of publishing, the diamond-selling album (10 million copies sold) has tallied 140 weeks on the chart.

Last week, it re-entered the Billboard 200 at No. 187. “My Boo,” which appeared on the expanded edition of Confessions, was certified 3x multi-platinum in August 2020 for selling more than three million copies.

Circling back to Usher’s Las Vegas residency, he recently announced 25 additional shows that will take place in 2023 at Dolby Live at Park MGM.

Usher’s upcoming 2023 residency shows will mark his third consecutive year in Las Vegas. He kicked off his first residency in 2021 at The Colosseum at Caesars Palace, and this year he moved to Dolby Live at Park MGM.

As for Keys, she’s currently on her ALICIA + KEYS World Tour that concludes Sept. 24 in Nashville, Tennessee. Before then, she will play in San Diego, Phoenix, Orlando and Atlanta, among other cities.

Watch Usher and Alicia Keys sing “My Boo” below.