The hip-hop duo consisting of Anderson .Paak and Knxwledge has returned. 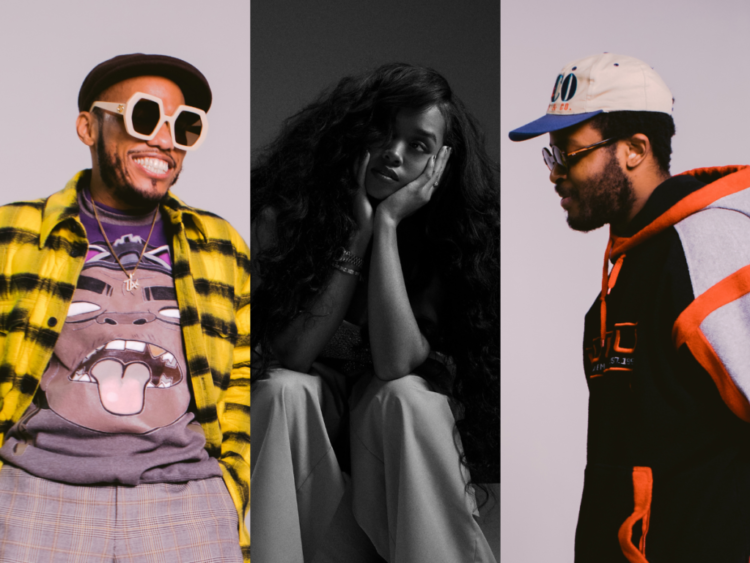 NxWorries, the hip-hop soul duo consisting of Anderson .Paak and Knxwledge, has teamed with H.E.R. for their new single “Where I Go.”

Produced by Knxwledge, “Where I Go” tells the story of a relationship where there are trust issues.

H.E.R. responds in the second verse, singing, “Know that when it comes to loving you, I’m a natural / Know how much it hurt me, but that in the past though / When I’m all alone, better not be with that hoe.”

NxWorries first teased “Where I Go” on Tuesday by sharing a teaser from of music video, which is out now. The video, directed by .Paak, effectively mirror’s the song’s concept.

In the clip, .Paak and H.E.R. are onscreen lovers and things aren’t totally lovey-dovey. Although .Paak and H.E.R. enjoy each other’s company at a romantic picnic, things go left when she later sees an unknown number paging .Paak while he is sleeping.

H.E.R. ends up calling the number back to find out that it’s another woman on the line. Later in the video, .Paak throws a surprise party for H.E.R. — but that’s not the only thing thrown. You’ll have to watch the video to see what happens.

In 2020, .Paak told Apple Music’s Zane Lowe that he was working on a new project with Knxwledge as NxWorries.

“We’re working on a new one,” confirmed .Paak. “I was just over there the other day. You know what I’m saying? We’ve been getting it in. We’ve got a bunch of stuff that we’re really happy about. Just stay tuned you all. This is going to be real nice. Shout out to Knxwledge, shout out to Stones Throw. We’re coming back.”

“Where I Go” marks NxWorries’ first release since their debut album, Yes Lawd!, which was released in 2016.

The album included the popular tracks “Suede,” “Lyk Dis” and “What More Can I Say.” The former song has more than 65 million streams on Spotify — it’s their most streamed song on that platform.

NxWorries’ comeback arrives one week after Silk Sonic, the duo composed of Bruno Mars and .Paak, announced their decision to withdraw from Grammy nomination consideration.

“Silk Sonic would like to gracefully, humbly and most importantly, sexually, bow out of submitting our album this year,” Mars told Rolling Stone.

“Andy and I, and everyone that worked on this project, won the moment the world responded to ‘Leave The Door Open.’ Everything else was just icing on the cake. We’d be crazy to ask for anything more.”

At the 2022 Grammys, Silk Sonic won four awards, including Record of the Year and Song of the Year, for their hit single “Leave The Door Open.”

The breakout single, co-produced by D’Mile and Mars, was featured on Silk Sonic’s debut album, An Evening With Silk Sonic.

As for H.E.R., the Oscar and Grammy winner has been relatively quiet this year.

Listen to NxWorries’ new song “Where I Go” featuring H.E.R. below.