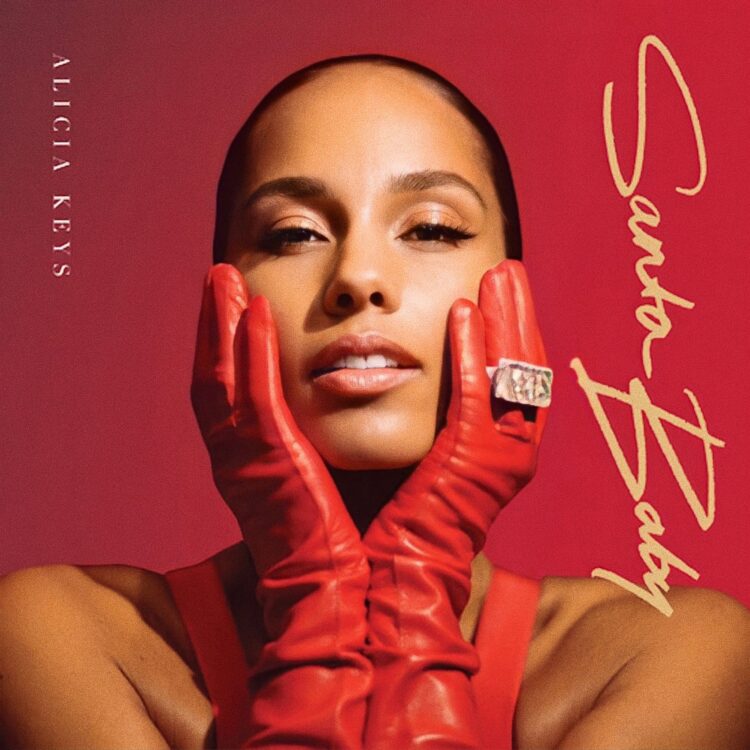 “For this Christmas / Don’t need wishes / Not since I met you / Every season you give reason to love you / From December back to June,” Keys sings in the heartwarming chorus.

Of the “December Back 2 June” video, Keys said, “It is the best Christmas Harlem house party you’ve ever been to!” She added, “The vibe was magical! Food trucks outside and everything.”

Of her new album, Keys told fans in an email blast, “It’s gonna be your favorite soundtrack as you’re gearing up for family ties, decorations, holiday parties, time off and time for reflection and hibernation! Fireplaces and wine, nothing but good times.”

She added, “I wanted to do it now because it’s a new energy. I wanted to share some of my favorite songs and my style on all of them. I also wanted to write some meaningful NEW songs that reflect the times.”

Not only is Santa Baby Keys’ first holiday album but it’s also her first project on her new label Alicia Keys Records. “I want to be among the greats who created timeless music that give us the love of the holiday,” she noted.

Santa Baby is available exclusively on Apple Music and CD. Vinyl copies are available for pre-order and are expected to be shipped by December.

Fans can buy the Santa Baby CD and/or pre-order the vinyl on Alicia Keys’ website.

Santa Baby marks Keys’ second project of the year. In August, she released KEYS II, the deluxe edition of her double album, KEYS.

The expanded version includes new songs with Brent Faiyaz (“Trillions”) and Lucky Daye (“Stay”), plus remixes of her 2016 track “In Common.”

KEYS was released in December 2021. The album consists of two parts: an Originals side that caters to Keys’ signature, soulful sound and an Unlocked side that remixes the Originals.

“It speaks so much to just like there being no limits, which is what KEYS is all about,” Keys told Rated R&B about the Unlocked side. “It was all about imagining and dreaming in a way that just opened up the possibilities.”

She added, “I knew I wanted to have this alternate side. I love this concept of creating almost a sampled version of the Originals.”

Keys supported KEYS on her ALICIA + KEYS World Tour, her first headlining tour since 2013, which means she had to balance her setlist with music from her most recent albums ALICIA (2020) and HERE (2016).

Fun Fact: Santa Baby was recorded while Keys was on the European leg of her tour.