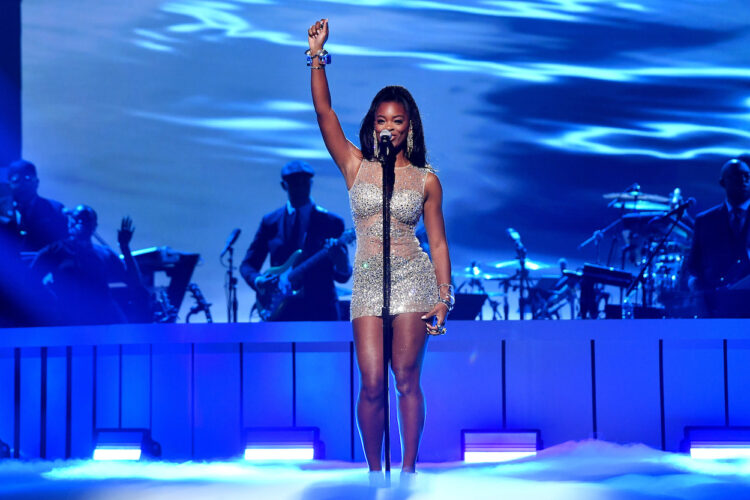 Ari Lennox came to this year’s Soul Train Awards wearing her freakum dress. The Grammy-nominated singer and songwriter dazzled the audience with a performance of “Waste My Time.”

At the 2021 Soul Train Awards, Lennox performed twice, supporting her now-certified gold single “Pressure” and Summer Walker’s “Unloyal.” Both tracks reached No. 1 on the R&B charts earlier this year.

Shifting back to “Waste My Time,” it’s Lennox’s current R&B radio single from her sophomore album, age/sex/location. It’s now No. 17 on Billboard’s Adult R&B Airplay chart at the time of publication.

Age/sex/location, which arrived a week after a surprise EP (Away Message), features guest contributions from Lucky Daye, Chlöe and Summer Walker.

On Jan. 23, 2023, Lennox will kick off her headlining age/sex/location Tour in Las Vegas, Nevada. No supporting acts have been announced at this time.

In other related Lennox news, she appears on Babyface’s new album Girls Night Out.

Check out Ari Lennox’s performance of “Waste My Time” below.