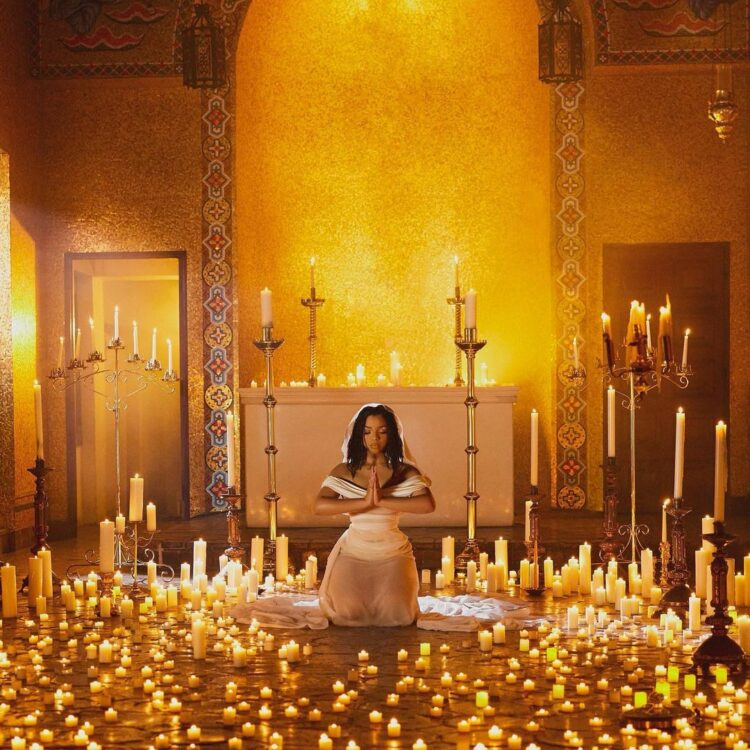 A new Chlöe era is upon us. The Grammy-nominated singer and songwriter announced her new single, “Pray It Away,” will arrive Jan. 27 via Parkwood Entertainment/Columbia Records.

Chlöe revealed the title and release date of the new song in a social media post that shows her in a praying position in a room full of burning candles.

“Pray It Away” will mark Chlöe’s first new music since “For the Night.” It also is the lead single from her freshly-announced debut album, In Pieces.

According to a 17-second trailer, Chlöe is slated to release In Pieces this March.

Chlöe’s first solo album, which she said was complete last spring, was originally a self-titled record. Since then, its sound and direction have changed.

“It was gonna be self titled at first,” she wrote to fans via her official Discord server. “But half the music change and it felt more vulnerable and raw and it just felt right.”

Chlöe’s initial self-titled album was going to include her singles “For the Night,” “Surprise,” “Treat Me” and “Have Mercy.”

The latter track, which reached No. 1 on urban radio, was certified platinum by the Recording Industry Association of America (RIAA).

However, Chlöe confirmed those tracks would not appear on In Pieces. “None of the past singles are on the album,” she wrote on Discord.

Chlöe promises In Pieces will include “all new songs.”

“When yall hear the body, you’ll know why,” Chlöe wrote. “Life. it was a hard couple of years for me but i used music as my strength and therapy. I hope it heals you guys like it did me creating it.”

In Pieces is available for pre-order here.