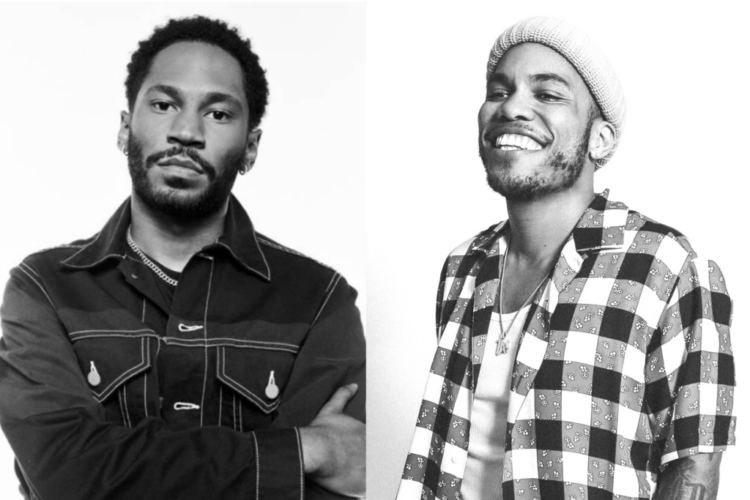 Kaytranada and Anderson .Paak have reunited for a new song titled “Twin Flame.”

On their new bop, .Paak describes his chemistry with a significant other, inside and outside the bedroom. “You’ll always be the same as I am / You pretty with the brain and all that / You even give me brains and all that / You love me ’til I’m gray and ornery,” he sings.

“Twin Flame” is paired with a supporting video directed by .Paak. Filmed in a warehouse, the black-and-white visual finds the two performing the party-ready groove on an elevated stage. Meanwhile, partygoers are under the stage, dancing to the rhythm of the pulsing synths and soul claps.

“Thanks for trusting me to direct this one and shout out to my amazing team who made it possible,” .Paak wrote in an Instagram caption.

“Twin Flame” is Kaytranada and .Paak’s second collaboration. They previously worked together on “Glowed Up” from Kaytranada’s debut album, 99.9%, which was released in 2016. The album also featured vocal contributions from Syd, Craig David and Shay Lia, to name a few.

Kaytranada has been sharing more collaborations lately. In April, he partnered with The Weeknd to release “Out of Time (Remix Bundle).” The original track is from The Weeknd’s latest album, Dawn FM. In March, Kaytranada joined forces with rising singer Joyce Wrice for the deliciously sweet tune “Iced Tea.”

In November 2021, he released his Intimidated EP, a three-song set that included features from H.E.R., Thundercat and Mach-Hommy. The Grammy winner also remixed Normani’s hit single “Wild Side” that month. Intimidated marked Kaytranda’s first project release since his sophomore album, Bubba, which was released in December 2019.

Stream “Twin Flame” by Kaytranada and Anderson .Paak below.