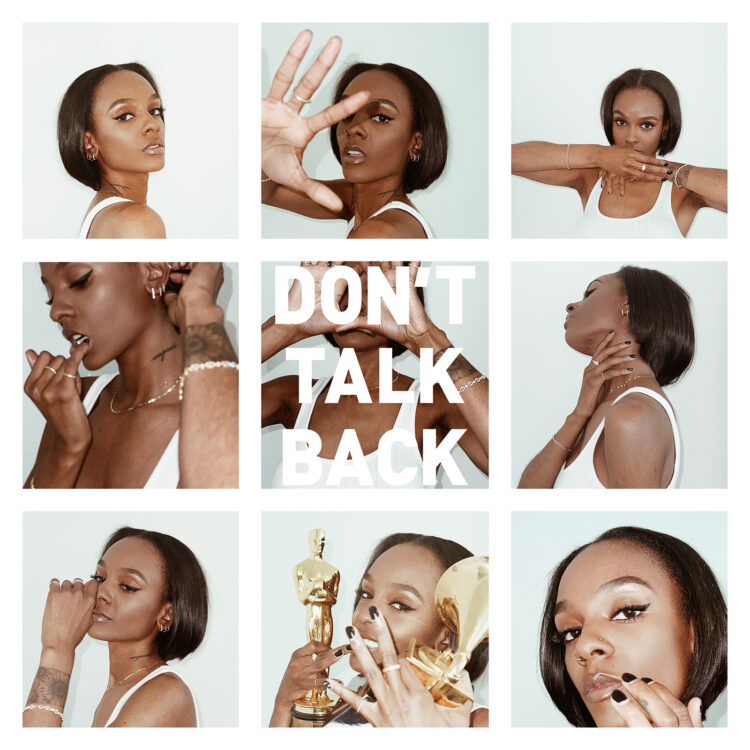 Tiara Thomas is back. The Oscar and Grammy winner has returned with the new song “Don’t Talk Back.” It’s the singer/songwriter’s first music release since 2019.

On the flirty, ambient track, which she co-wrote with Ron Gilmore and Sam Ashworth, Thomas asks for her assertive partner to take a backseat and allow her to be sexually aggressive for once. She doesn’t want any lip from her mate about the limits she looks to take in the bedroom.

In the time spent away from recording new music, Thomas went on a creative exploration to explore new sounds and “Don’t Talk Back” is the result.

“I wanted to come back with something fun that showcases the new energy I’m bringing. Of course, it still has my classic Tiara Thomas vibe, but a more elevated sound. I don’t think it’s what people expect to hear. It’s sexy and fun and edgy, but smooth,” shares Thomas.

“Don’t Talk Back” is Thomas’ first offering since releasing “So Necessary” in July 2019. That standalone tune followed her 2018 EP FWMM (F**king With My Mind), which included the focus track “I Need.”

Describing FWMM to Rated R&B, Thomas said, “I live in my own head a lot. Sometimes I feel like — not in a crazy bitch way — but it’s like the world in my head is the reality and the outside is not reality. So I just talked about a lot of things on this project like relationships, sex, self-discovery and my journey… it’s a collection of these things that are fucking with my mind.”

Since then, Thomas has maintained a fruitful association with H.E.R., winning an Oscar in 2021 and Grammy in 2022 for “Fight for You.” The powerful anthem, produced by D’Mile and co-written by H.E.R. and Thomas, was featured on the Judas And The Black Messiah soundtrack.